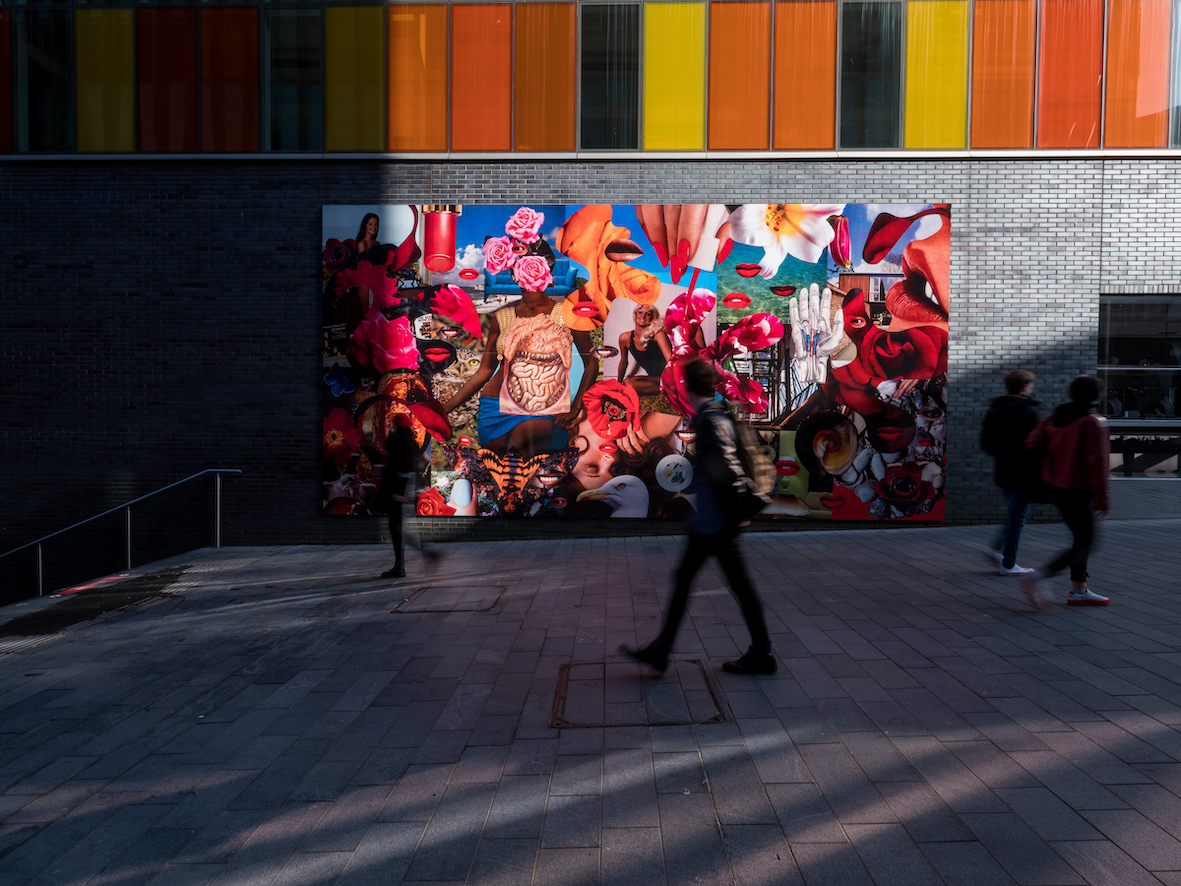 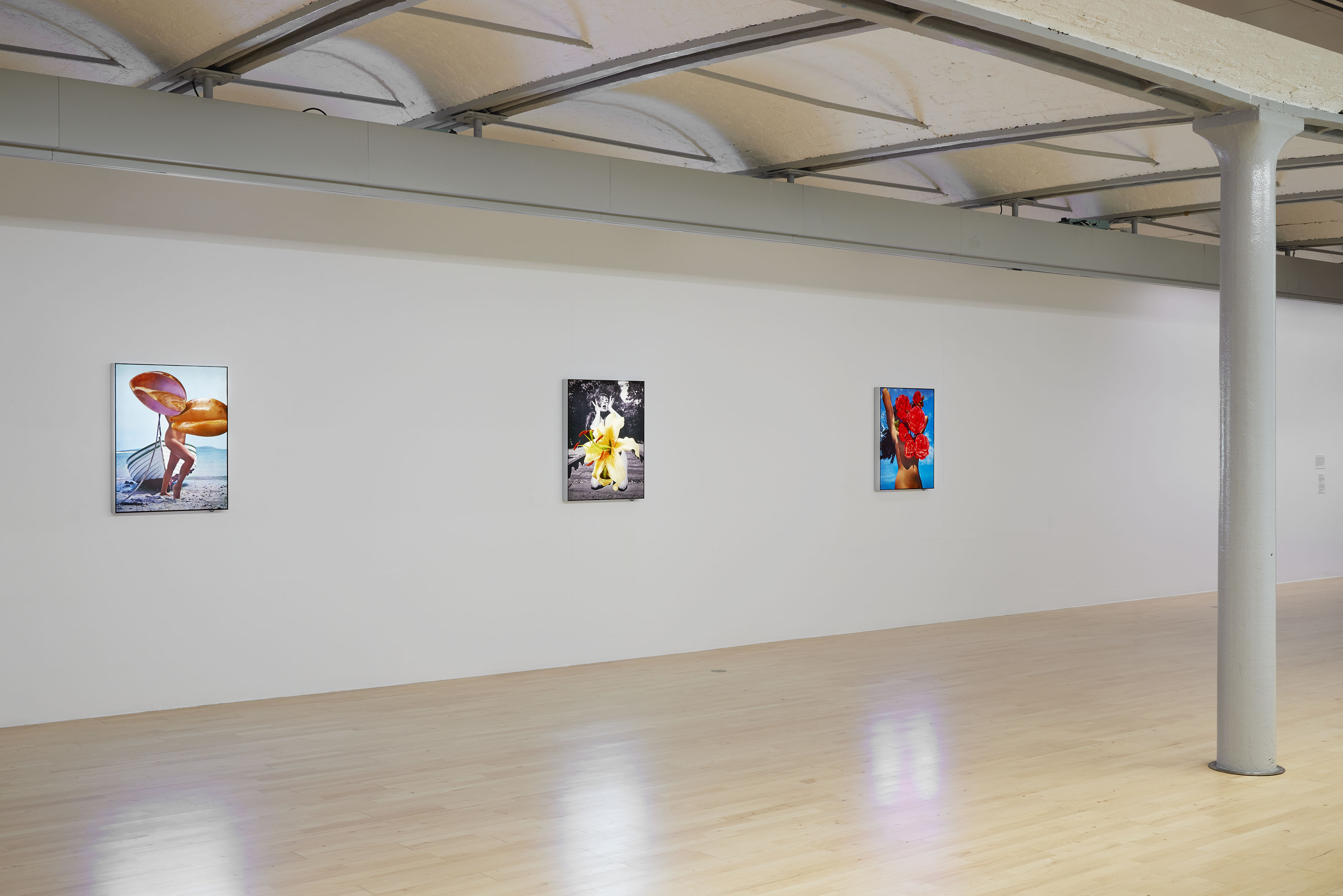 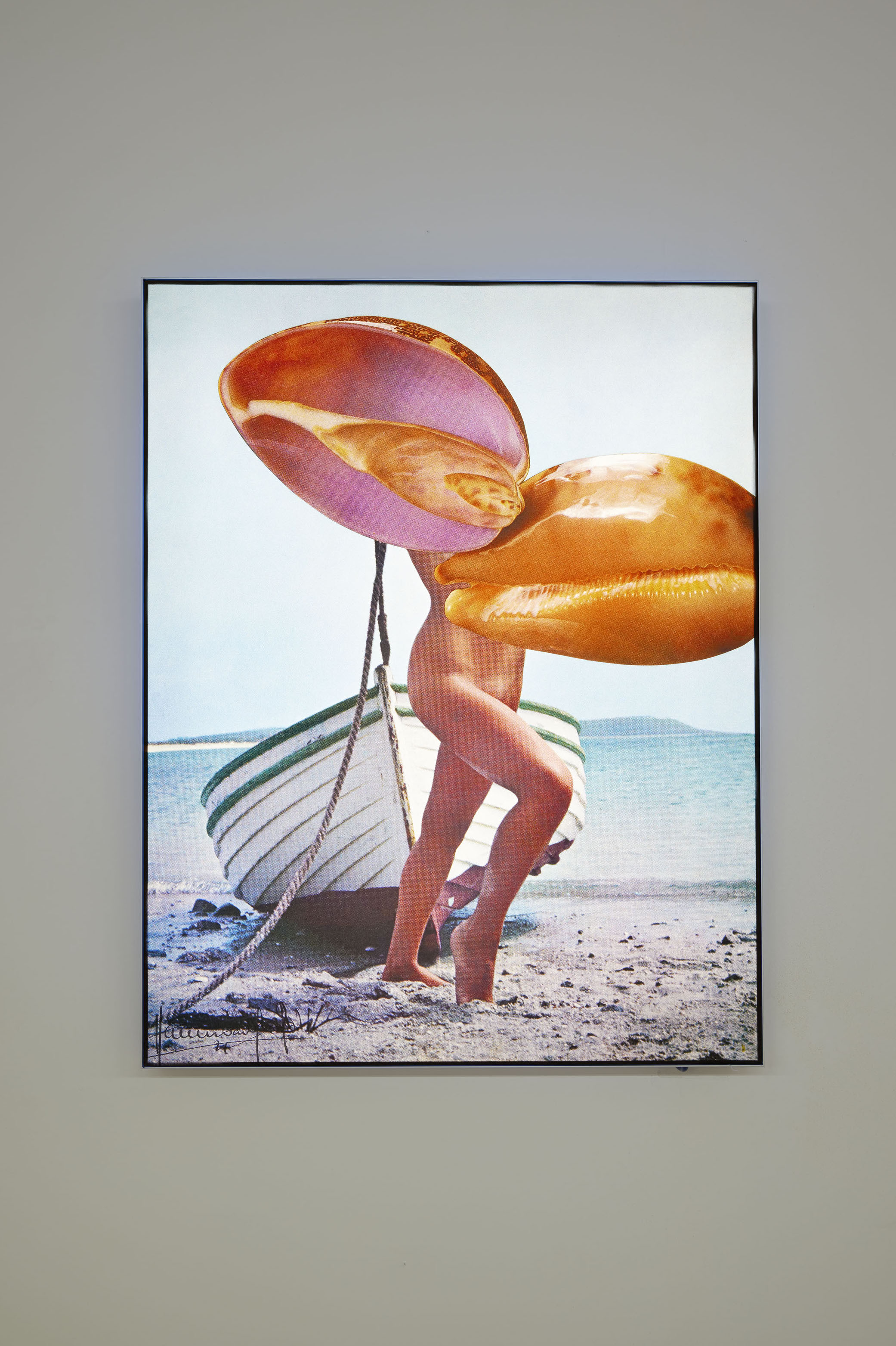 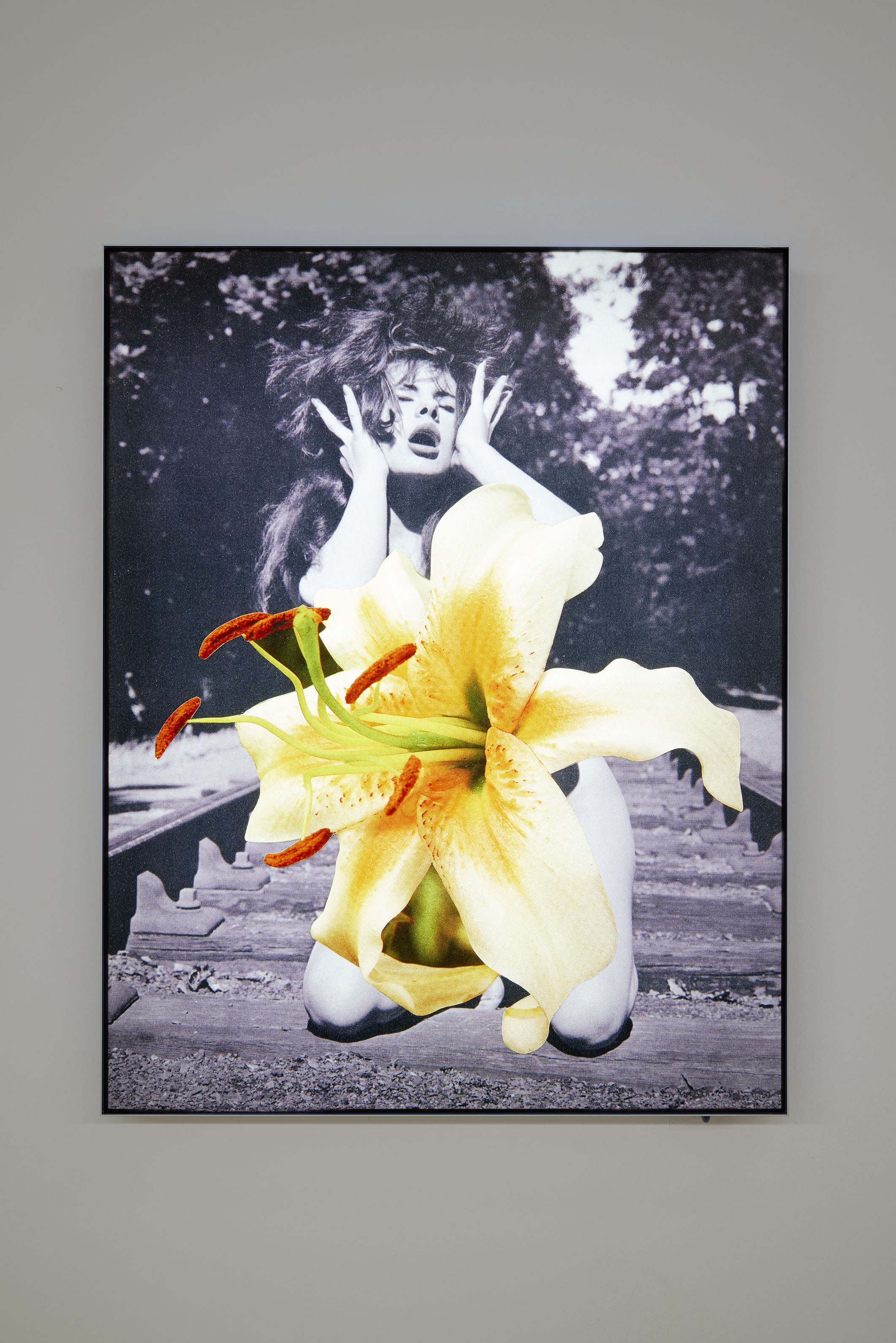 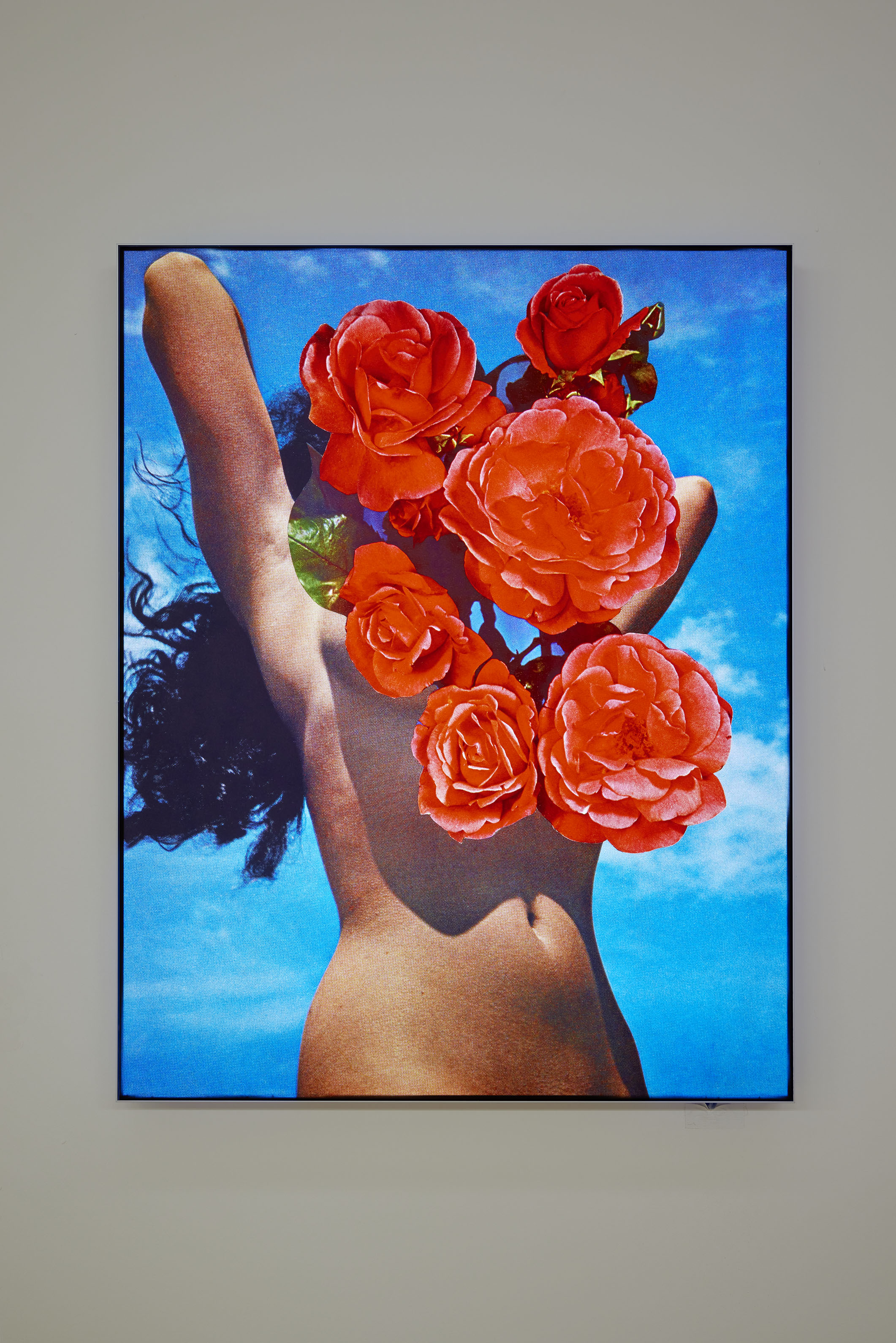 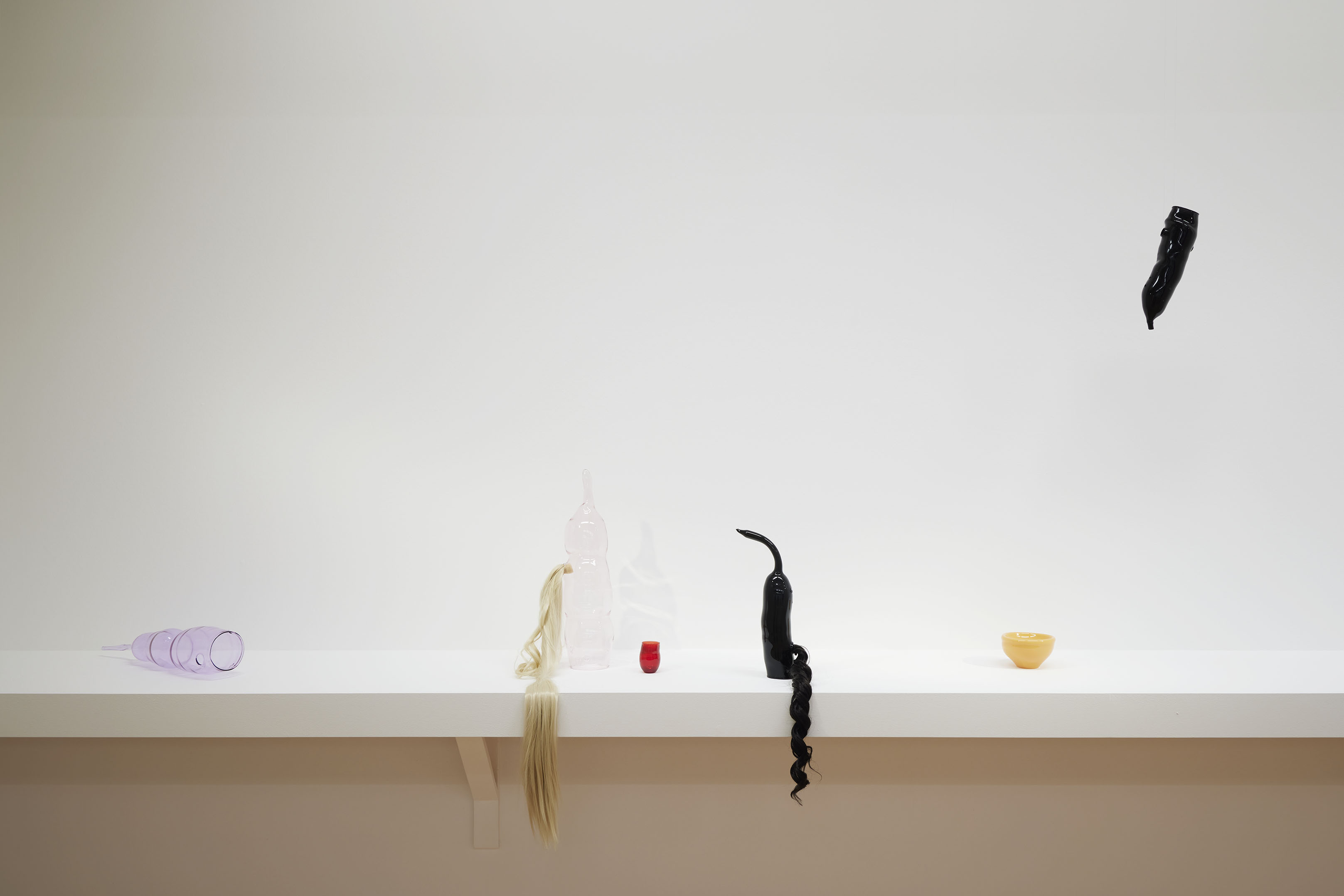 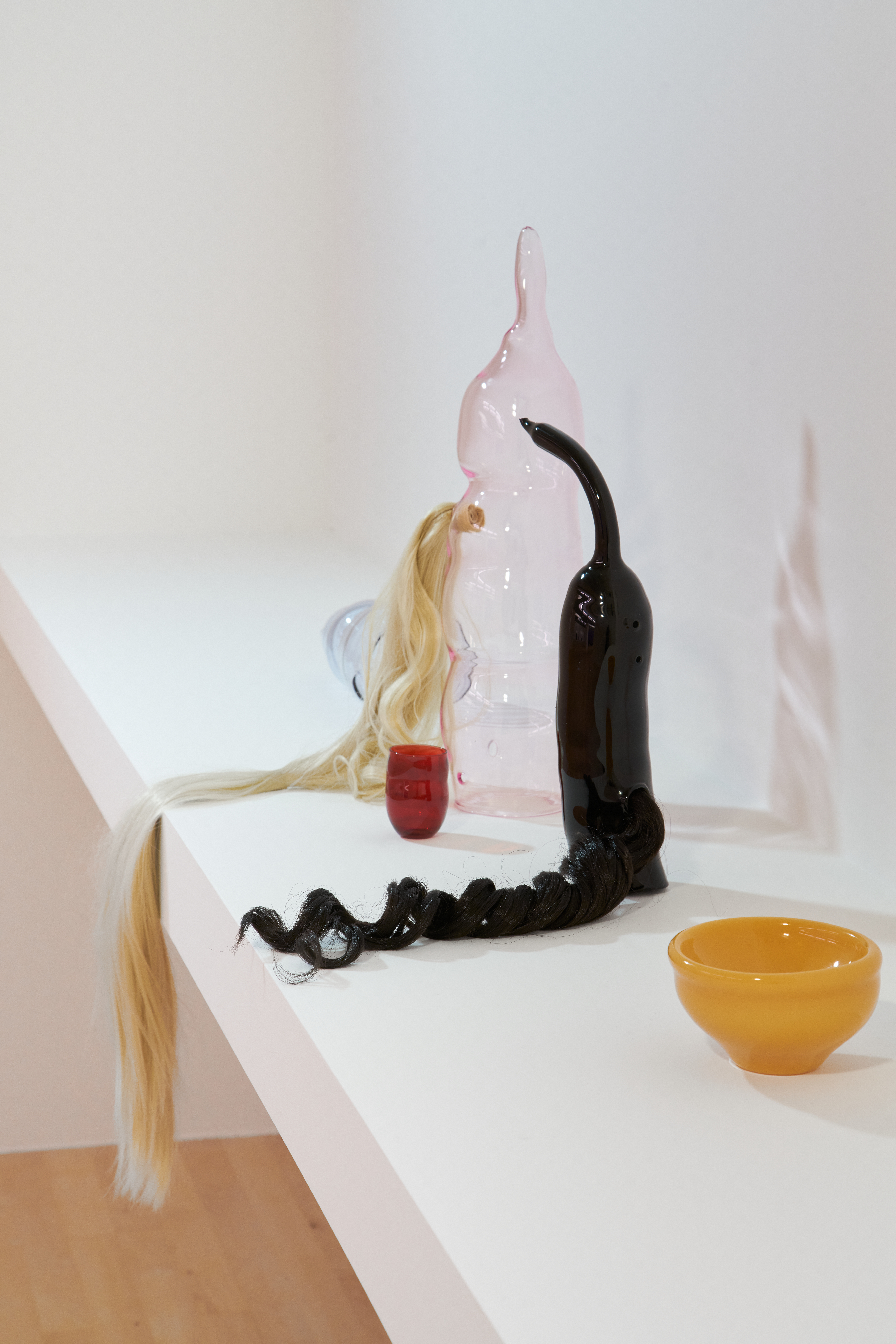 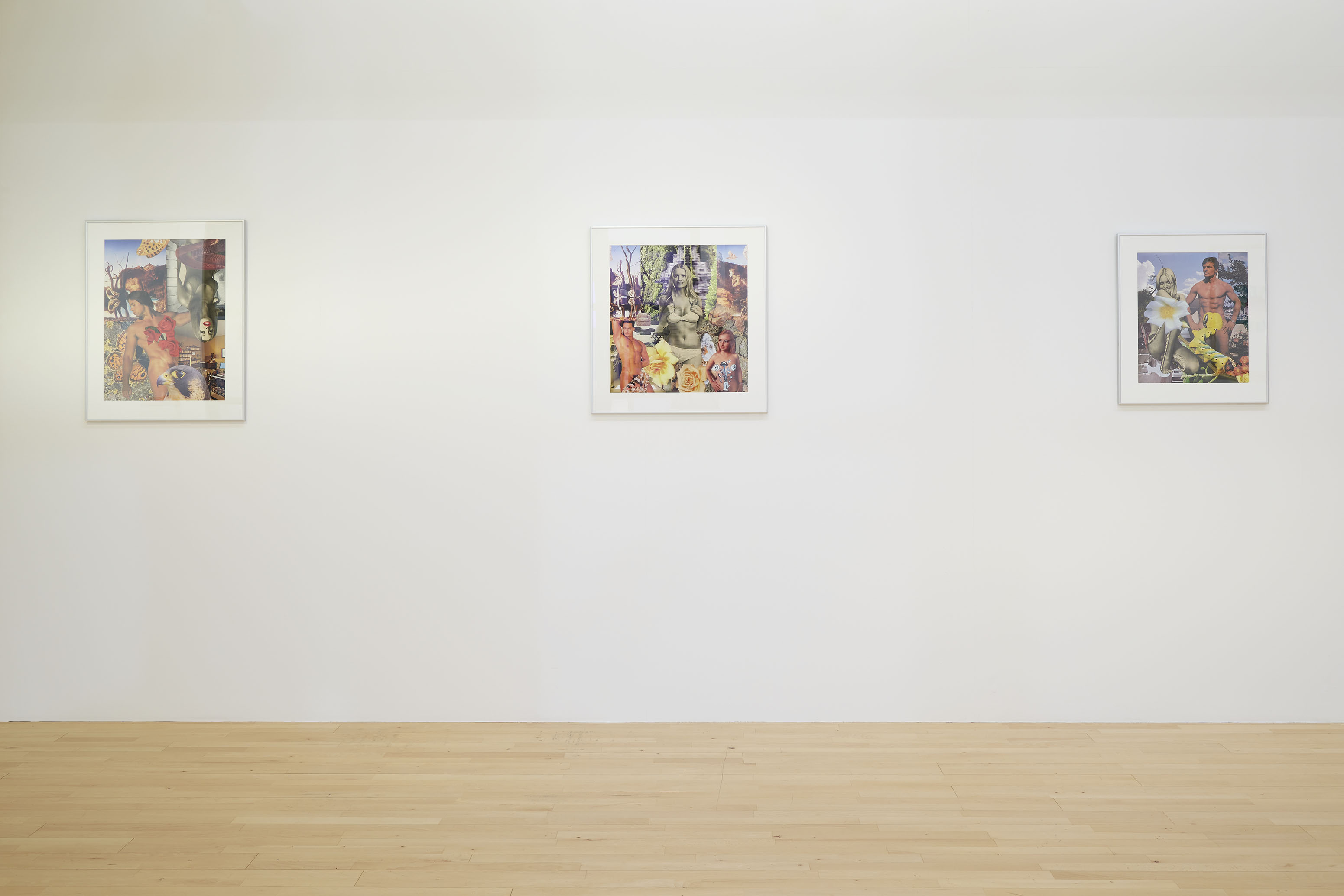 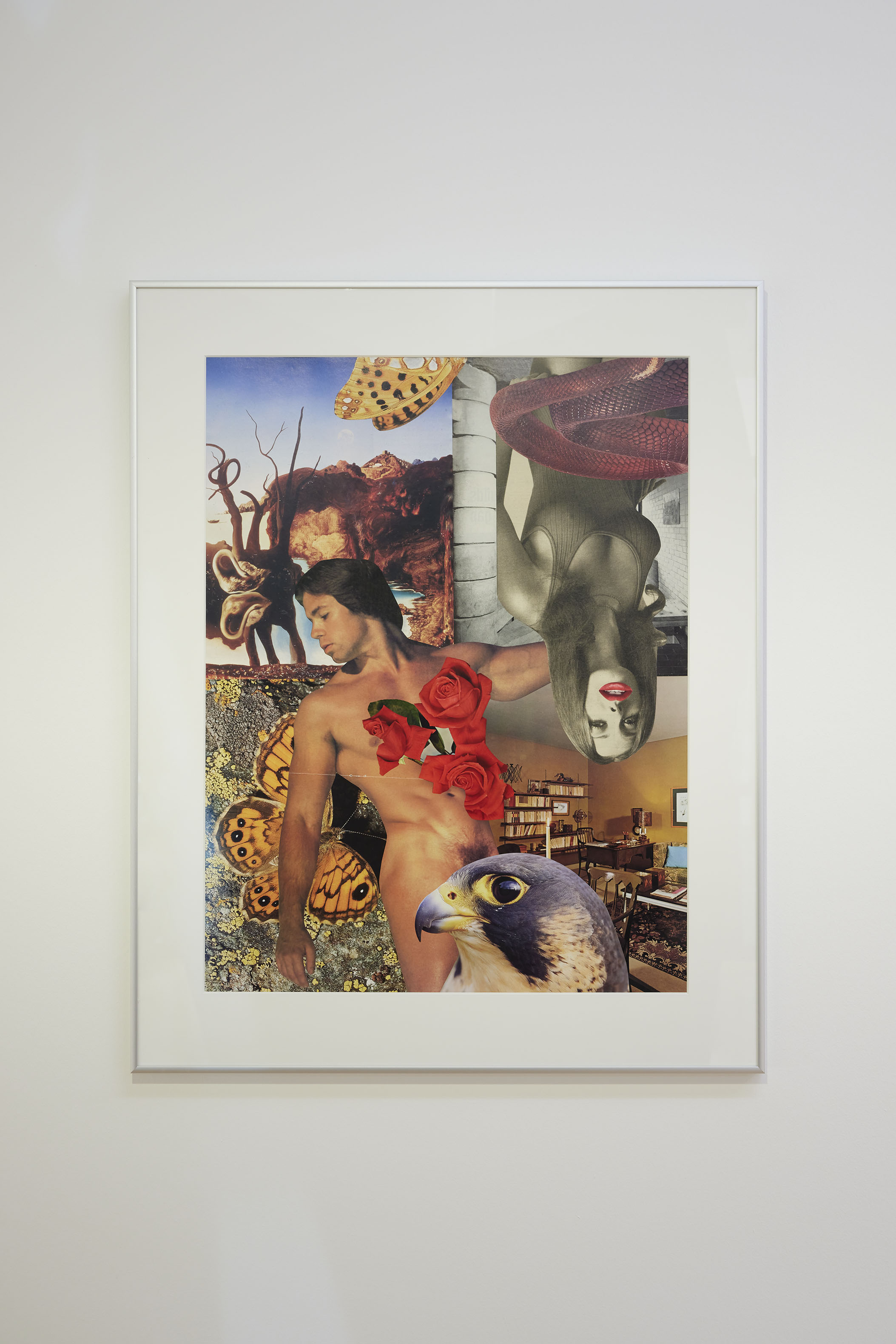 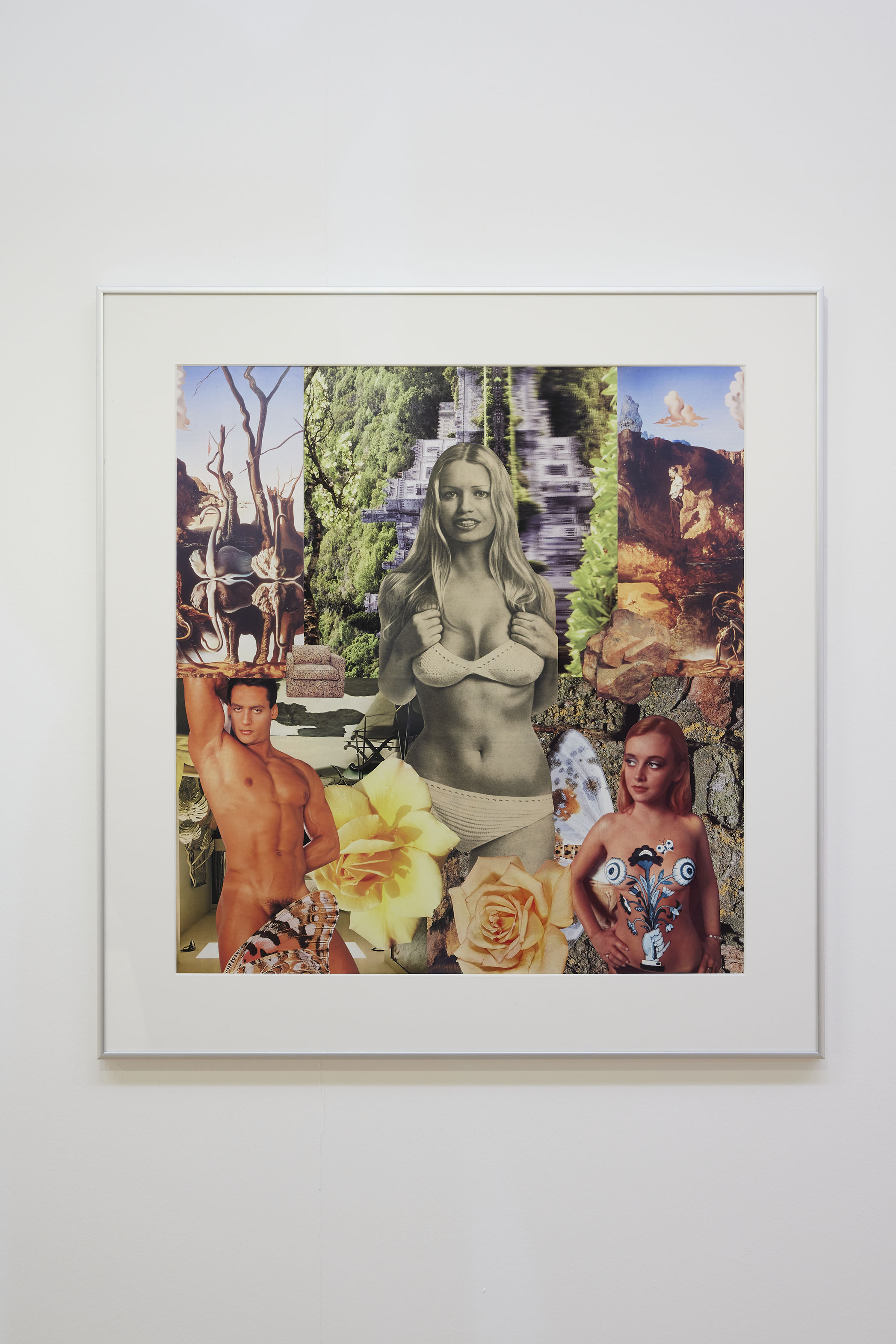 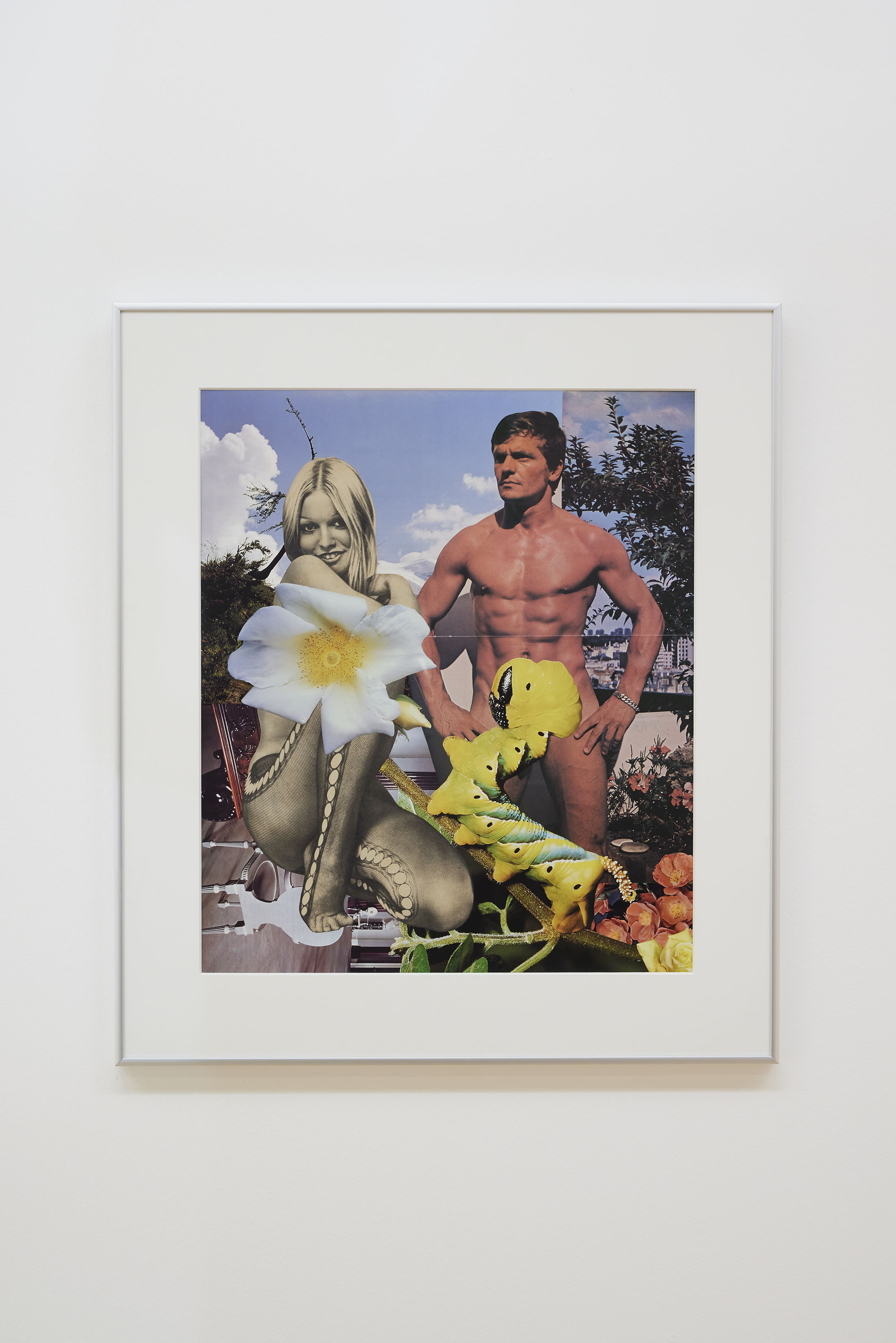 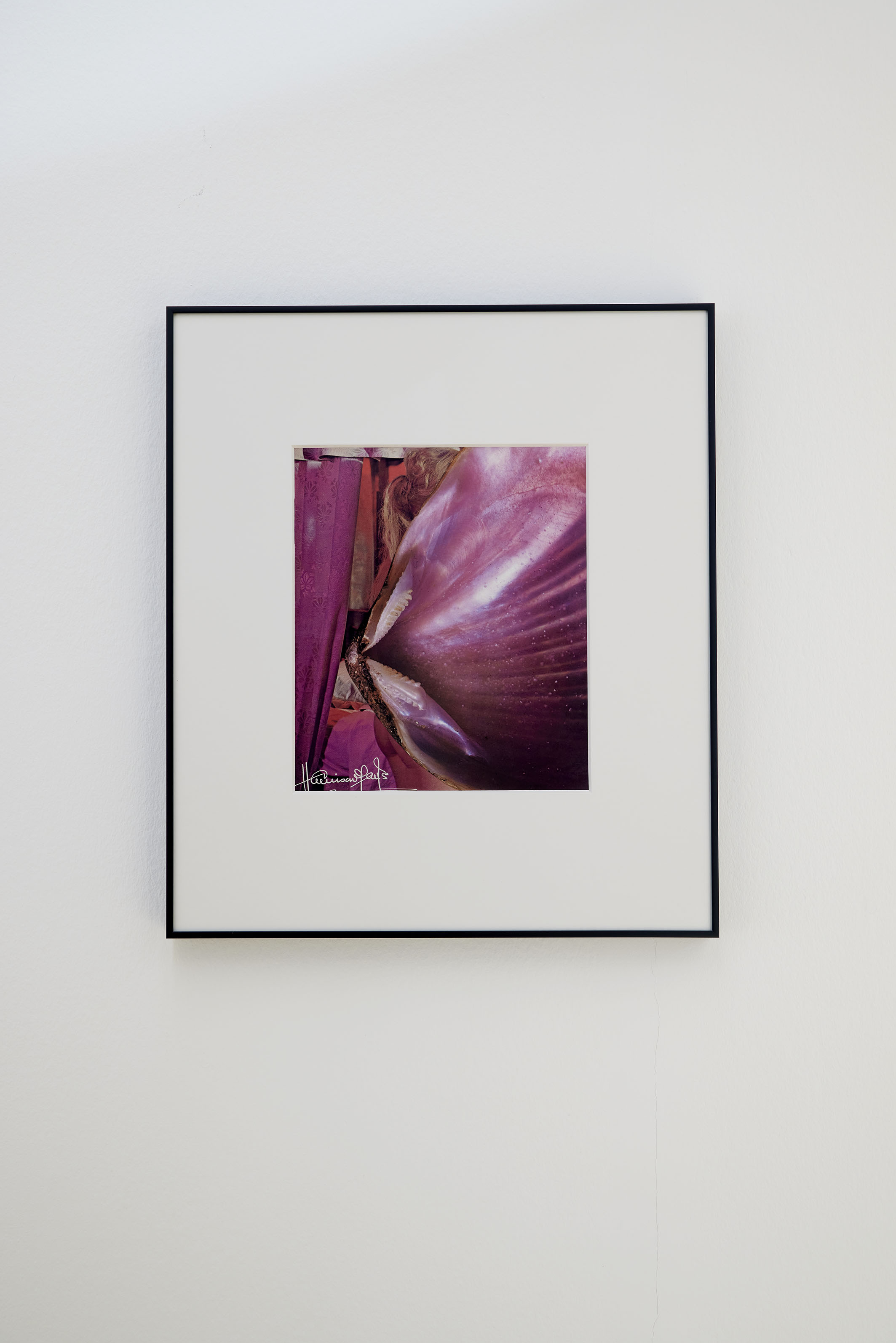 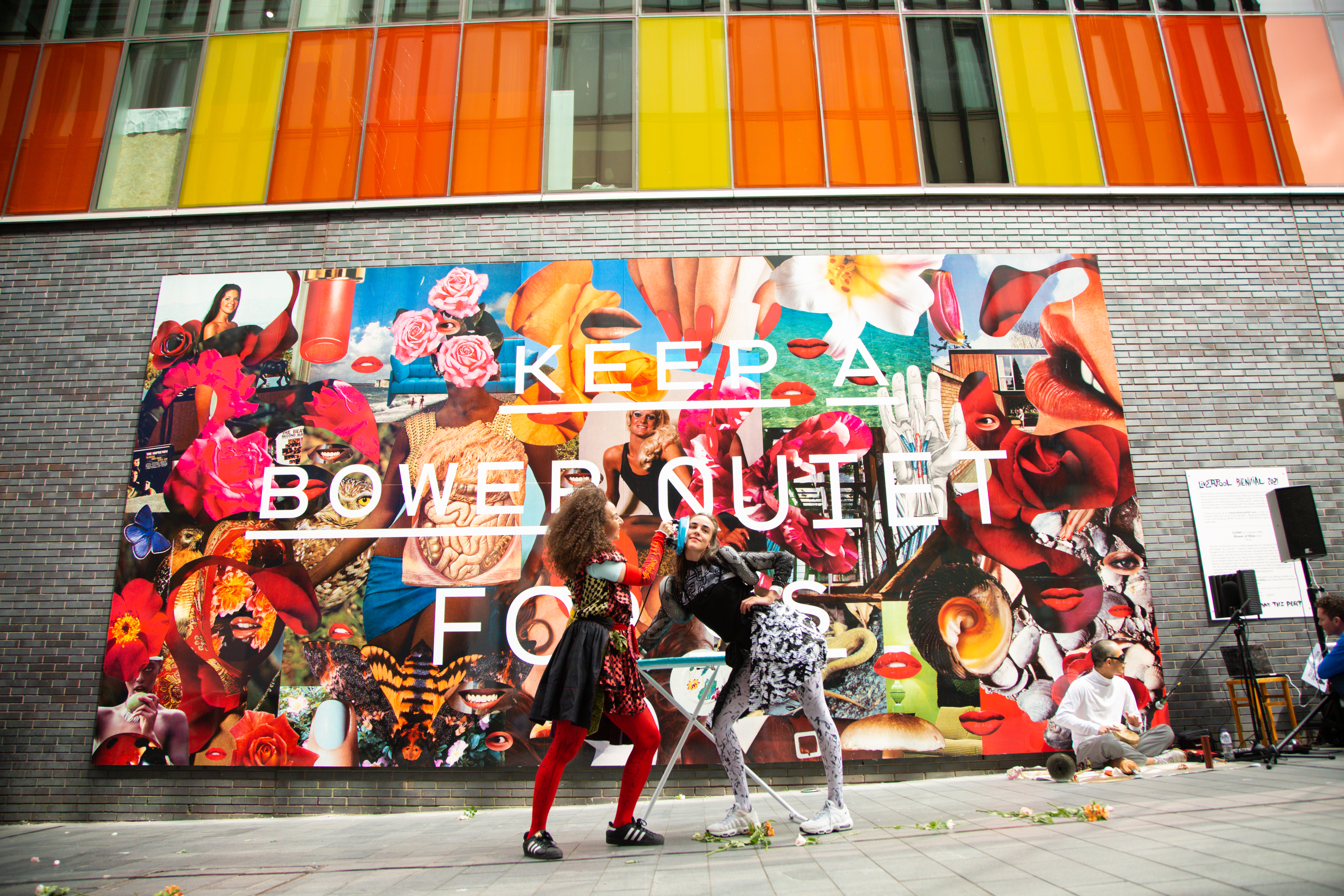 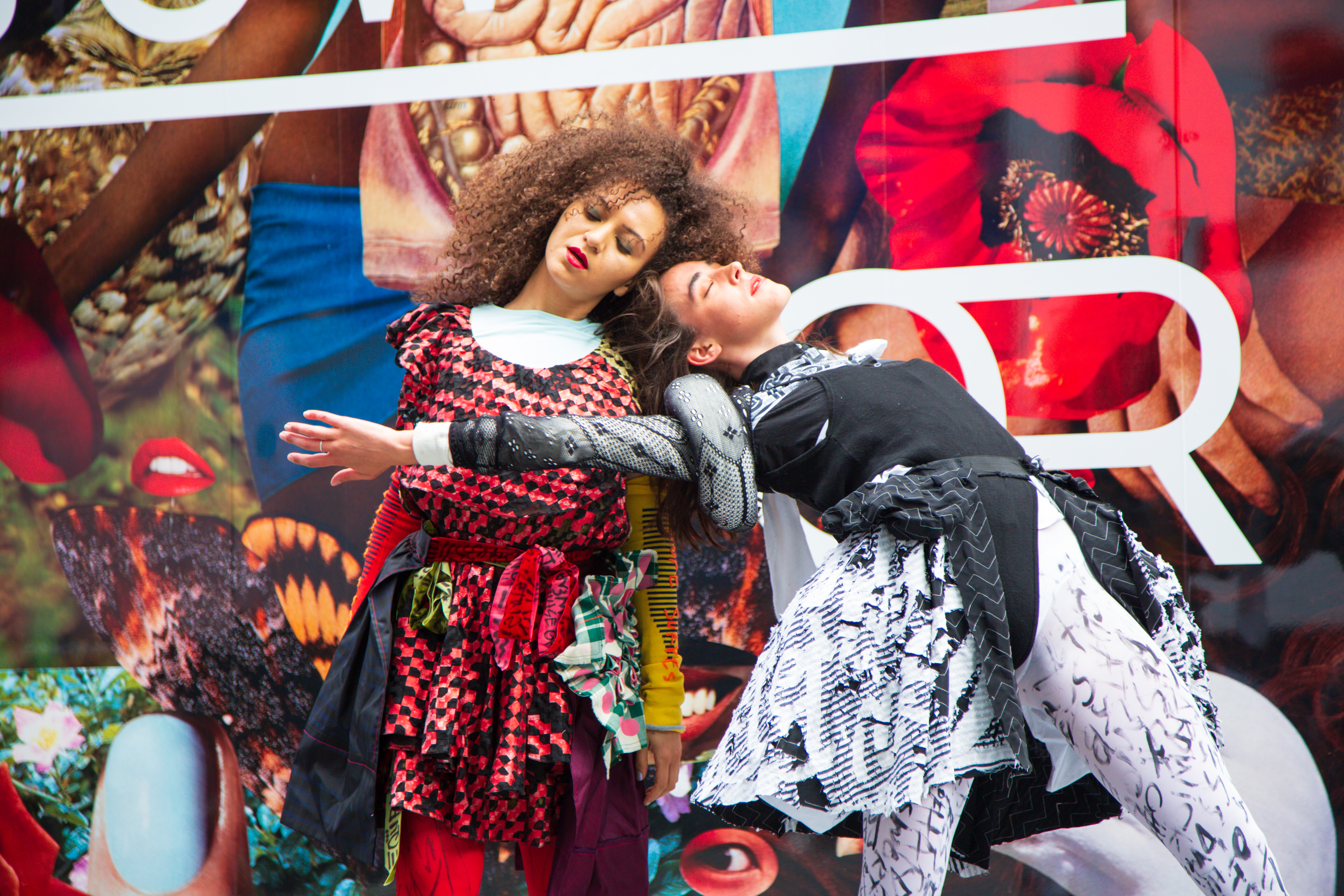 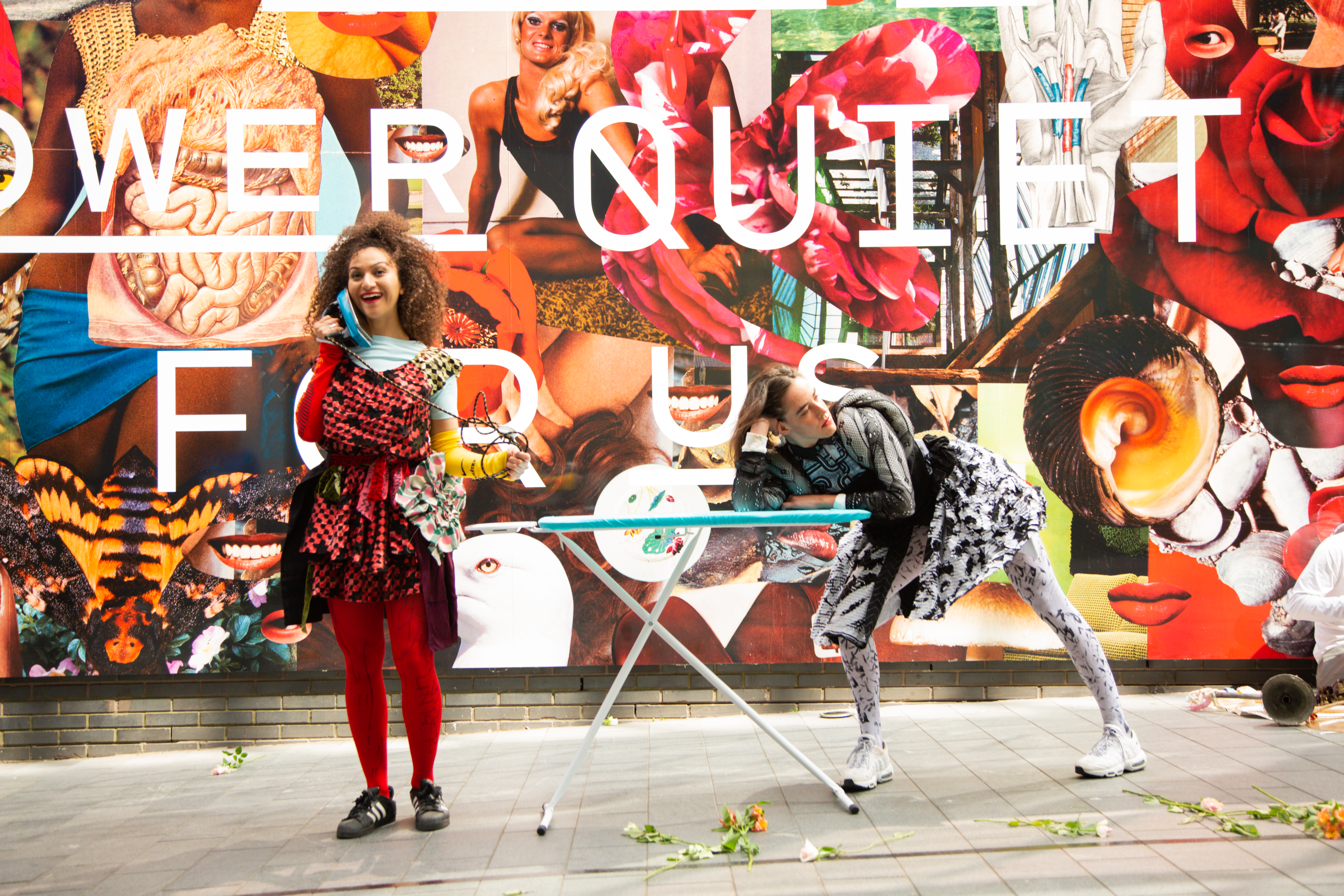 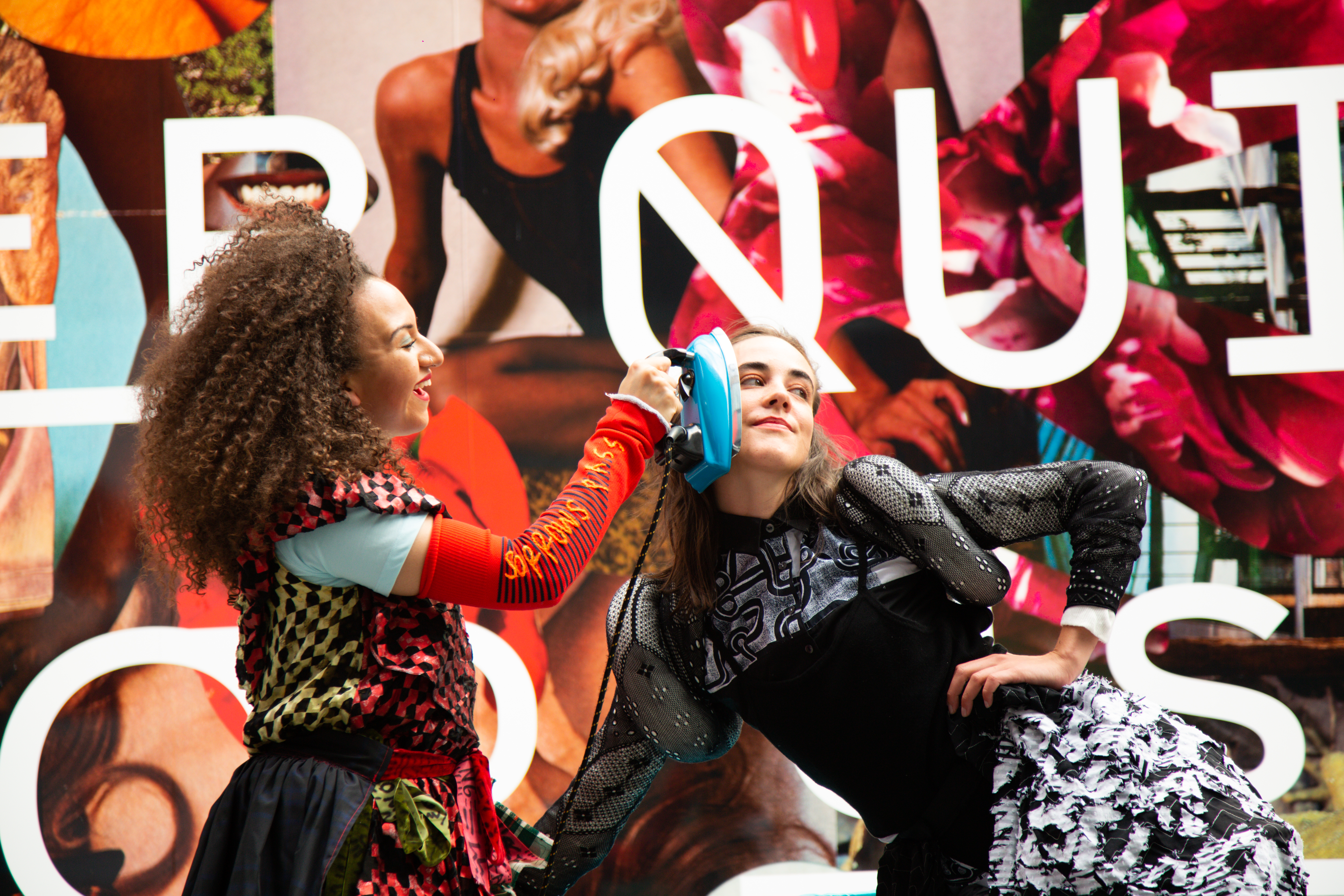 Linder presented a series of photomontage works at Tate Liverpool and a new street-level billboard commission within Liverpool One. Drawing on feminist critiques around the commodification of the female body in society, Linder’s photomontage works challenge contemporary and historical depictions of women in the public eye by combining everyday images from domestic or fashion magazines with pornographic imagery and other archival materials. Linder’s new large-scale billboard commission forms part of her Bower of Bliss (2021) constellation that has its origins in a copy of Oz magazine, which she bought at the Bickershaw Festival in 1972. The centuries old phrase “Bower of Bliss” refers to the birthplace, the point of origin and safety. For the poet Edmund Spenser, the "Bower of Bliss" meant "womb". For Linder, the connotations link back to her experience of being carried in her mother's womb in Liverpool in 1954 and her billboard presents the “Bower of Bliss” as a safe, deeply pleasurable space, needed now more than ever.

The mural developed over festival dates, with text reading "Bower of Bliss" being added at a later stage. Linder's public work also featured as part of Liverpool Biennial's Live Weekend (19–20 June), with a series of dance performances taking place in front of the billboard. The activations comprised of an improvised routine by local dancers Lauren Fitzpatrick and Kirstin Halliday in response to music by composer and musician Maxwell Sterling – extending the key concepts and themes of Linder’s works. Costumes designed by Louise Gray.

Bower of Bliss is commissioned by Liverpool Biennial with support from Liverpool ONE and The Estate of Fanchon Fröhlich. 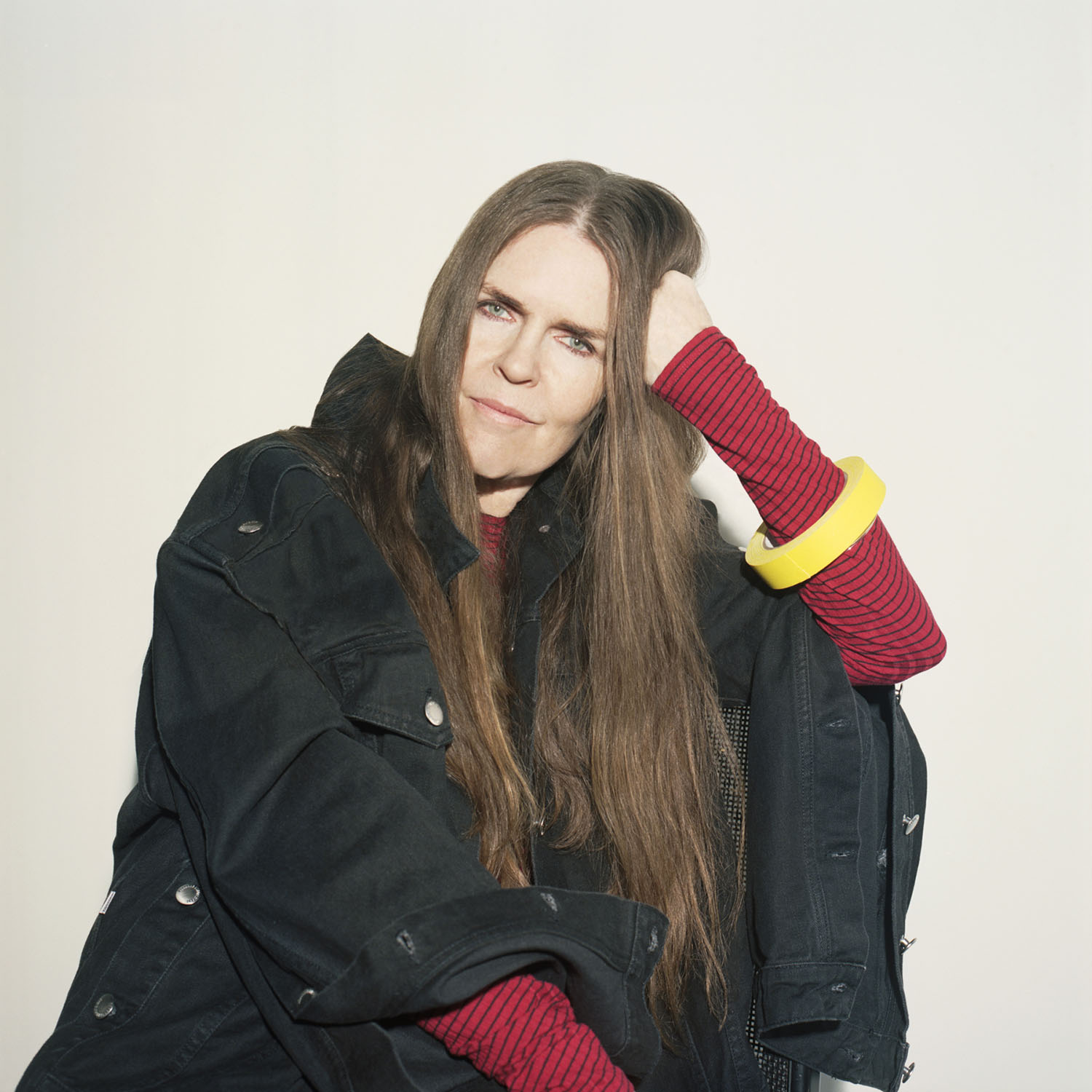 Linder (b. 1954, Liverpool, UK) lives and works in London, UK. Linder is internationally renowned for her radical feminism. She uses photography, photomontage and performance to critique past and contemporary gender roles, specifically the representation of women. Fashion, music and performance are important features in her work, often referencing her background in the 1970s punk and post-punk scenes. As part of her investigations into women’s history, Linder researches archives and develops displays championing underrepresented voices. Linder is the recipient of the Paul Hamlyn Foundation Award, UK (2017). Recent exhibitions include Kettle’s Yard, UK (2020) Nottingham Contemporary, UK (2018); Art on the Underground, UK (2018); Glasgow Women’s Library, UK (2018); and Musée d'Art Moderne de la Ville de Paris, France (2013). 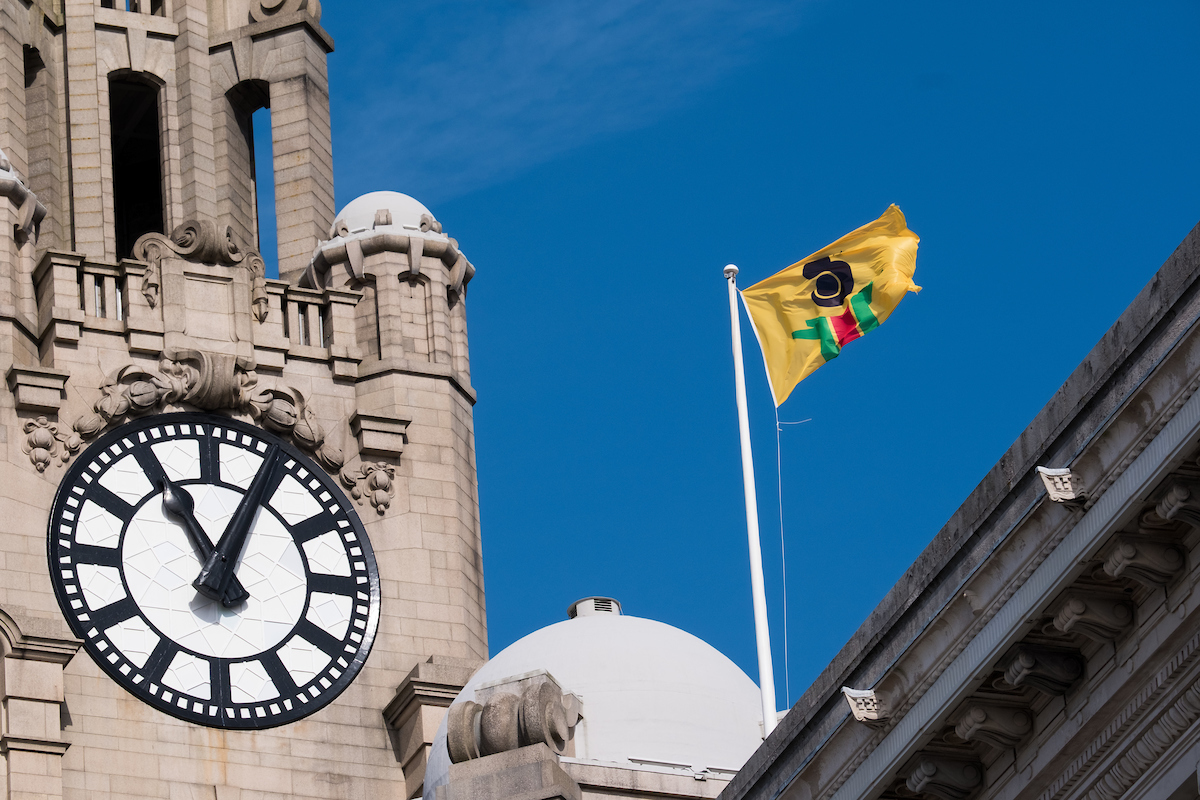 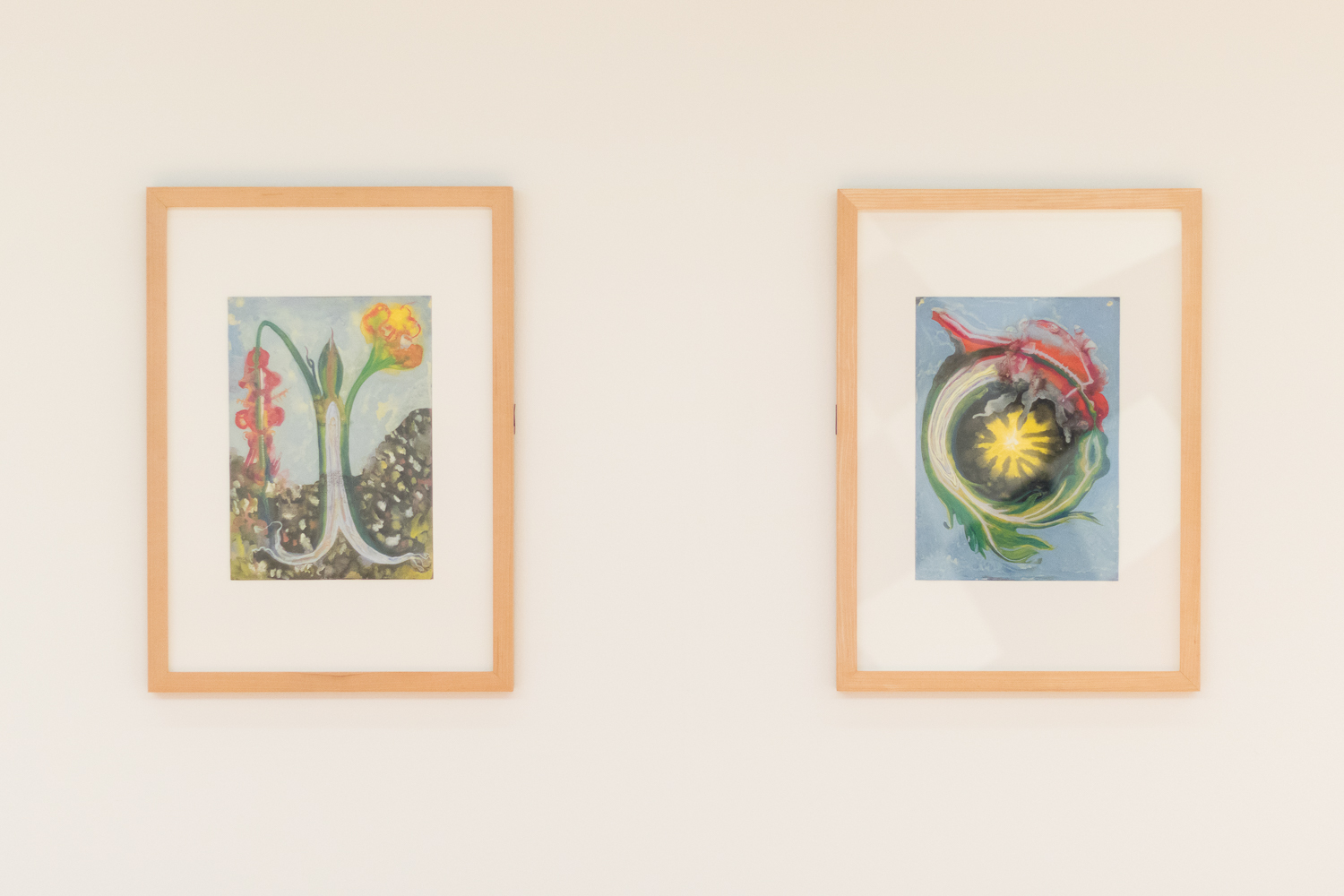